In perhaps an hour I leave for a sorely needed vacation. The next week will bring family, friends, many miles on the car, and the mythic dirt of home.

Tonight we’re Toledo-bound for no other reason that Toledo is about the point we’ll be getting tired, there’s a Hampton Inn, and Hampton Inns have free and tasty breakfasts. Friday through Monday will be spent at the family cabin in central PA. Then it’s on to Binghamton, Baltimore, and Frederick before we point our car west once more. We’ll be back in the Chicago area (hopefully) on the 10th, leaving one lovely day to veg out and destress (and, importantly, not drive) before we have to return to real life.

So, c’mon vacay. Get yourself started. I have some beers to drink, some laughing to do, and some people to see.

I got kicked out of my office today. The reason: I had stayed to the unconscionably late hour of 5pm. Yes, I do work for the government.

This has never happened to me before. To be honest, my illustrious 9 year professional career can’t be totally characterized by diligence and initiative. But, of the times I’ve shown such positive traits (like, well, now) I’ve never had them countered with cross armed intransigence. You need me to leave because you need to lock the door? Rotate the knob ninety degrees and firmly pull shut; I think I can handle that – thanks.

Ok, yeah, the above comes across as whiny and petulant. That’s because it is whiny and petulant. I’m grateful to have an internship and I like the people I work with and think it will both be rewarding and look good on a resume. But still. I’m not good at acting like an intern. I’m thirty fucking one years old for the love of god. I know how to act in an office setting. I am a professional. And for the first time since entering grad school, I feel like a college student. And not in a good way.

The internship is a great opportunity and the overall goals are totally worthwhile and the people I’m surrounded by are as intelligent and professional as they are friendly. I just feel confined. And I don’t like it that much.

But talk to me again in a few days. Who knows, it all may be better. That’s the way my life rolls.

In other news, nice try to both Jenn and Pete, but you are both sadly wrong. Although, two things….

Jenn, the library wasn’t a bad guess. It was designed by the architectural firm of McKim, Mead, & White and is considered a great example of Renaissance-inspired design. And Pete, I didn’t even make the connection between the reflected building and the Bromo Seltzer Tower, but you’re totally right. It does look like it. An interesting side note is that the tower was a later addition to Boston’s Customs House that was built in the 1830’s-1840’s. The designer of the Customs House was a guy named Ammi. B. Young who also just happened to design Wheeler House, the home of UVM’s Historic Preservation Program.

No, my favorite building can be see to the left of the large glass tower. (is that the Hancock Building?) Trinity Church, designed by larger than life, debatably crazy, and my favorite architect – Henry Hobson Richardson. Nuance is a challenging word to throw around when talking about Richardson’s designs, but I will anyway because I’m pretentious. Trinity lacks some of the nuance of Richardson’s later designs, but it’s an unapologetic lacking. Trinity is massive, it is textured, and it is decorative. It is both fanciful and real at the same time. Richardson’s influence was such that he is considered the developer of the first true american architectural style – Richardsonian Romanesque. Instead of an adaptation of european styles, Richardsonian Romanesque was exported from the states and influenced tastes and designs in europe.

Anyway, I like the guy, I like the church, and I got to take a tour and see it from the observation deck of the Prudential Building. Lucky me.

Now it’s time for dinner where the pasta sauce will substitute soy crumbles for ground beef.

Lucky me? To be determined.

Emily and I spent the weekend in good ol’ Beantown for a college graduation. I’d never been and was pretty excited to meet a new town. And Boston didn’t disappoint. I’m sure it didn’t hurt that we were lucky enough to stay in a nice hotel right in the middle of things, but even so I think I would have liked it regardless of our accommodations. They city is big, sure. But it didn’t feel as out of control as New York sometimes makes me feel or as unmanageably large as I remember LA feeling. Maybe like a larger Seattle with the west coast laid-backedness replaced with the much more familiar and welcome east coast hey-I’m-walkin’-here. Of course, the ultimate test for any new town is the Could I live here? test.

Like most of my trips, food was a major focus. Since I like to try copious amounts of the local whatever, here’s how I staked up:

1. New England (Boston) Clam Chowder — 2 bowls; one bread and one not. Both delicious.
2. Boston Baked Beans — Purchased by thoughtful mother in law. Yet to try.
3. Boston Cream Pie — Disturbingly elusive.

Anywho, it was a fantastic weekend. Great times with the family, I got to see some history while on the Freedom Trail, (Which lent itself to countless “I think Freedom just made a left!” jokes. Yes, we know we’re ridiculously hilarious.) and all the while the city served as a refresher for last semester’s american architecture course. Awesome.

Oh, and Emily got to see a friend from way back who was fun to hang out with and who took us to a fantastic brunch. Good times. 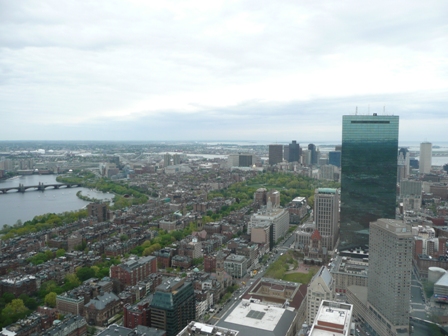 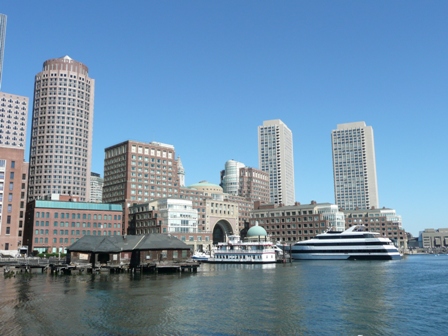 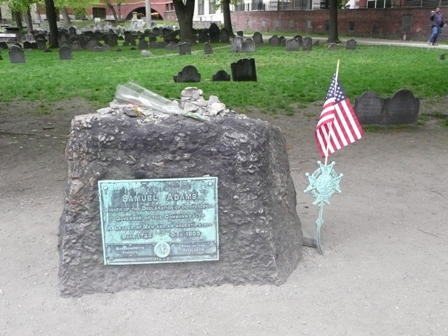 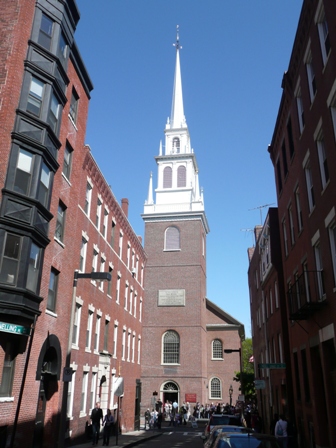 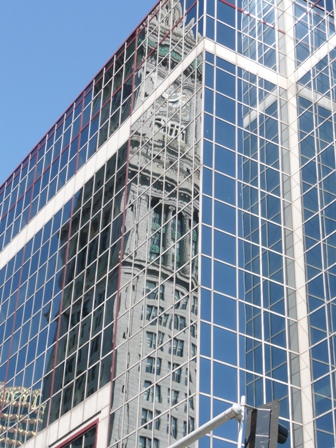