I’d been put in contact with a guy who is a well recognized expert in the battle itself as well as the general area in which it happened. He turned out to be my favorite kind of expert. A guy who’s knowledge doesn’t come from reading a million books and writing a thesis, rather his expertise comes from the fact that his grandfather fought in the Battle of Blair Mountain. His local expertise comes from the fact that he’s lived and worked there his whole life.

We went all over the place. He showed me the battle site itself. (Well, part of it. The true “battle site” follows a ridge line for about ten miles. He then showed me the area as it stands today and the effects that modern coal mining has had on Logan County, West Virginia. I saw dozens of places that used to house communities and now stood empty. I saw mountaintop removal mining upclose and first hand. I saw the aftermath; what coal companies euphemistically call “reclamation”.

I have pictures, and I’ll post them, but my time in Charleston grows short. I have to pack my car and hit the road.

Tonight I have a dinner date. With dad and my sister and my nieces.

A day of meetings. A great day.

I woke up around 8:30 and made it to the east end of Charleston in time for a 10:00 meeting with one of the people who worked to get Blair Mountain nominated to the national register. An environmentalist, her concern is with MTR – Mountaintop Removal Mining – the way today’s modern coal industry obtains its coal. MTR is exactly what it sounds like. Anyway, it was a fantastic meeting; shorter than I’d expected, but no less informative. Despite feeling under the weather, the woman I met with was friendly and engaging and answered all of my questions. Promising a copy of my final report, I went on my way.

I had some time to kill before my next scheduled meeting, so I wandered around the West Virginia Stat Capitol complex. I took some pictures. It was massive. The dome on the top of the capitol building is four feet taller than the dome on the US Capitol!

My next meeting was a long one, but man was it great. The folks who took time to meet with me were great. They answered all my questions, volunteered more I hadn’t thought of, gave me a good view of the way their office works, and were generally wonderful.

Afterwards, I returned to my hotel and confirmed my appointment for Wednesday. Then, because I deserve it, it was off to the movies. Here’s a tip: don’t go see 10,000 BC. Why? Because it is terrible. You have been warned.

Then I found some Indian take out which was melt-your-face-off hot, watched some TV, and fell asleep a happy man.

Today was supposed to be a ‘background’ day; a day for gathering general information on the West Virginia coal industry and the historical/cultural interpretation thereof. A month ago, I spoke to someone who may have been able to help me out in that regard, and was asked to get in touch with them when my travel plans firmed up. I did. Twice with no reply.

I was hoping that today would be the day to meet with that person. To talk with them, to listen, to learn. But it didn’t work out that way. Not content to let the day go all to hell, I hopped in the car and headed an hour down the interstate to Beckley, WV where there is an exhibition coal mine. I figured if I couldn’t talk one-on-one with a coal heritage expert, at least I could go to a museum and tour a mine myself.

But, well, that didn’t work out either. The coal mine itself is closed for renovations (that just sounds bizzare), and the attached museum just happens to be closed on Mondays. I sat in the parking lot and let myself get annoyed for about 2 minutes, and then a thought occurred to me. I didn’t really need to see the museum or the exhibition coal mine in order to include them in to my paper. I just need the paper to include a section on how WV’s coal heritage is being interpreted and make reference to the exhibition coal mine/museum as well as other sites that I’ll conveniently be able to find on the internet. I got out of the car and snapped some pics of the museum facilities that I could see and left happy that at least part of my paper’s outline was falling in to place.

With nothing else on my agenda, I decided to return to Charleston, but I decided to do it without involving the interstate. The way I found was heading northwest out of Beckley on state route 3, a winding and sometimes steep road that snaked through the Coal River valley. I passed coal mines and coal towns. The rivers and creeks were a disturbing shade of bright green. The towns has names like Metalton, Montcoal, and Surveyor. I passed an elementary school with a barbed wired-fenced schoolyard that was directly next to a looming coal processing facility. There was beauty there; steep-sided valleys, fields and meadows, rows of company houses with well-kept yards. But there was poverty too. So much poverty. Coal trucks came rocketing around corners, giving me a scare each time. At one point I came around a corner to see the immediate aftermath of a car accident. Paramedics had already responded. The line of cars I was in moved on and, when out of sight of the scene, I was immediately passed by the service truck that had been following me. We were on a blind curve with a double yellow.

Back in Charleston, I returned to the hotel, checked my email, and sat down for a bit. I went downtown for dinner, finding it almost exactly as deserted as it had been the night before. I can’t figure out Charleston’s downtown. I’m sure I go there at all the wrong times, but it strikes me as a weird and empty place. There are signs of its former life: tall buildings, fine architecture, banks, theaters, department stores. But it’s gone now. And I really haven’t seen suburbs yet. I don’t know where everyone is.

While wandering around trying to find dinner, I stopped in at a local independent book store I’d heard of. Taylor’s is a great place – exactly what a store of its type should be. While walking around I found a book called Coal River about the very communities I drove through today. The clerk said it was an excellent book and that the author was a really nice guy. I can’t wait to read it.

After I ate (roast beef sub), I graded some midterms for the class I’m TA’ing. As I said to Emily, if you’re ever feeling positive about the intellectual capacity of our nation’s young adults, try grading some midterms for an undergraduate history course.

But now it’s late and I’m tired and I have a big day tomorrow! I meet with people! I get to have actual conversations with someone other than a.)my wife by cellphone or b.)myself. 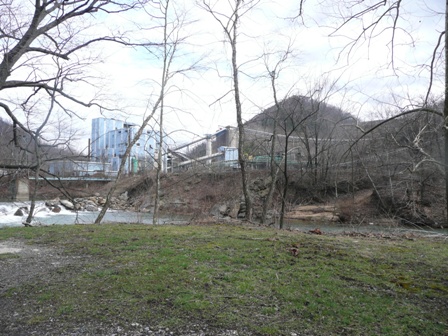 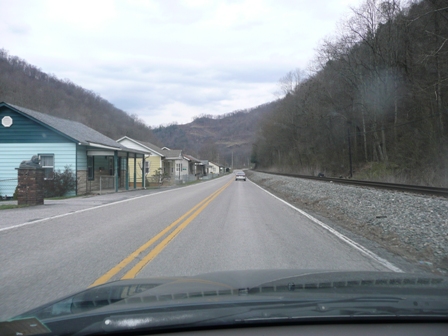 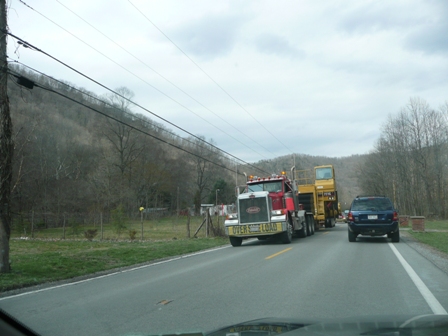