Because it’s been nice out lately and becaue both Emily and I usually haaaat going to the gym, we’ve sort of invented a longish walk that winds from our house, through the backcountry of Druid Hill Park, across the Wyman Park Drive bridge, up through Hampden and then home. The circuit is about four or four and a half miles and takes an hour and a half or so.

It’s a fun walk, with lots of green and a chance to feel like you’re in the wilderness.

Today, I was flying solo after work and for once didn’t feel like vegging on the couch. I decided to do the walk all by my lonesome, but also to take the digi-cam along for the trip so I culd…I dunno… document for posterity. Or something.

Let’s take a look, shall we?

This was taken from our front steps, looking up toward the monoliths of TV hill. Don’t worry, if they ever fell the closest they’d come is the next house up the street. 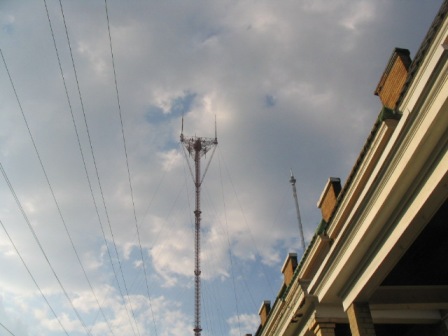 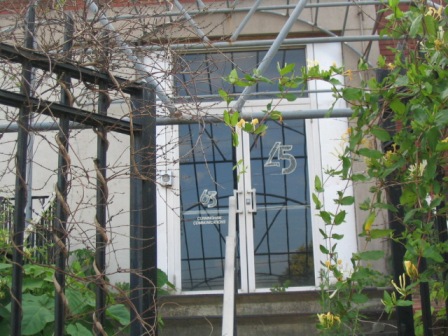 Just down the hill from the old TV sation is this old Mill. It still contains industry of some kind; a plumber and a carpenter, I think. It hasn’t yet been swalloed by the Clipper Mill rehabs just down the way, but something tells me this grand old building will be upscale-soemthingorother before too long. 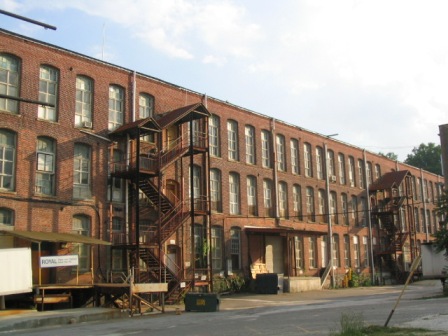 My entrance to Druid Hill Park. I casually ignore the ‘No Trespassing’ signs, just like everybody else. 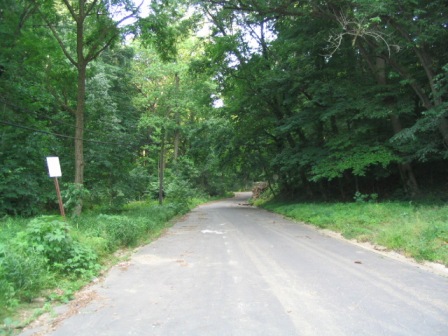 Just inside the park, there’s what I can only describe as a defective stonework graveyard. It looks like this is where they discard pieces of monuments and memorials that have some sort of mistake on them. 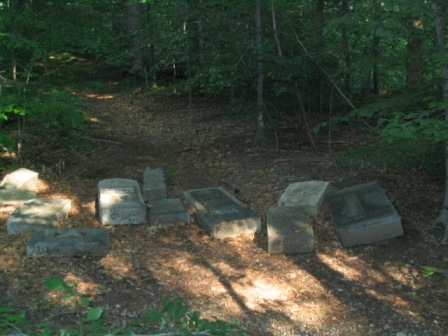 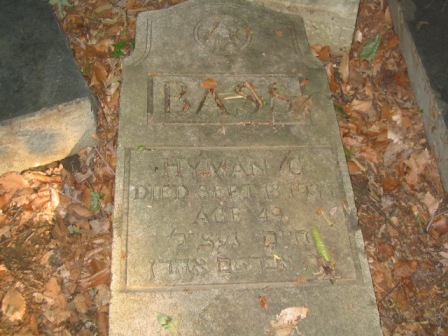 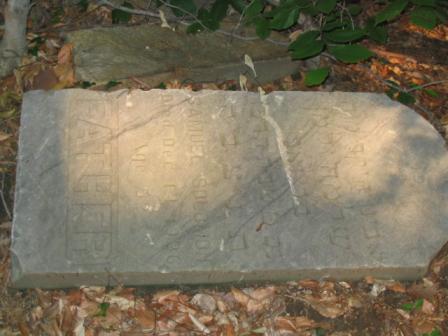 This, I guess, is the back entrance to the Zoo. Walking back here can definitely give you a Jurassic Park vibe: tall trees, thick underbrush, high fences, and the occasional weird animal noise. 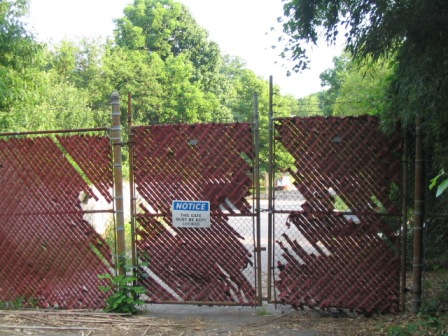 As you wind along the old road, eventually you come to an old spring, one of many that were originally scattered around the park. Unlike most, this one still flows; although it is behind a fence. It is called the Mountain Pass Spring. 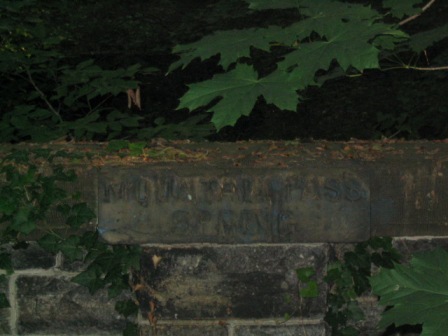 Here’s the road winding down one side of a gulley before it winds up the other side. 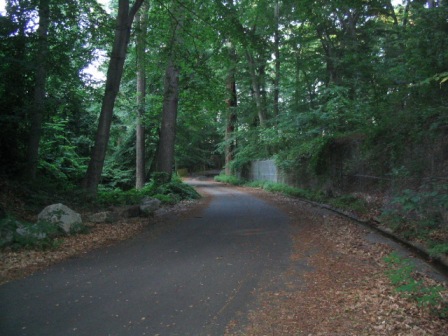 For most of the time in the park, the back fence of the zoo is just off to one side. Here’s an old building just inside the zoo. Long forgotten, but still interesting. Still dignified. 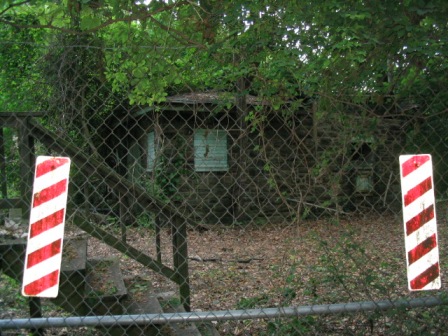 At one point, I sort of got lost in the rythm of my steps. I tried to take a picture of my feet just walking walking walking. Turns out the camera can’t really focus on that too well, but the resulting image is somehow exactly what I wanted to capture. If I do say so myself. 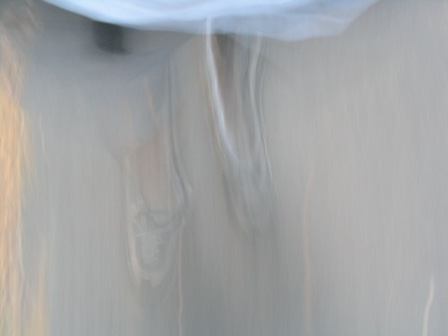 The trail re-enters civilization at the administration building right next to the Druid Hill Park pool. The flag looked beautiful just flying in the breeze, and so here it is. 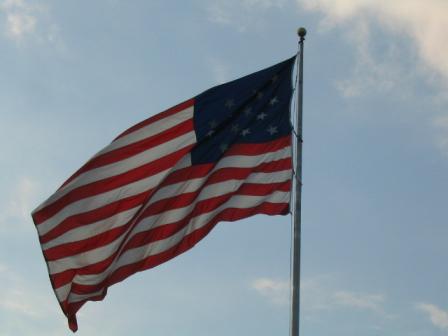 As you leave the park, you walk across the Wyman Park Drive bridge. Here’s a shot looking north. The thing I like about this picture is that, other than the fact that it’s in color, there is nothing to give away the fact that the oicture was taken in the 21st century. This same picture could have been taken 150 years ago. 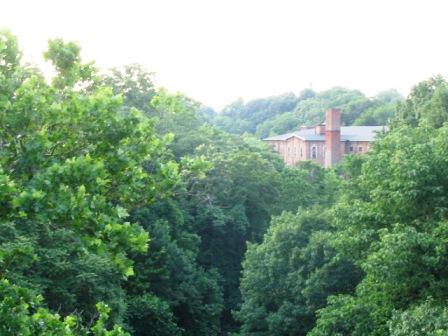 Looking south off the same bridge gives you a nice aerial view of the Round Falls. 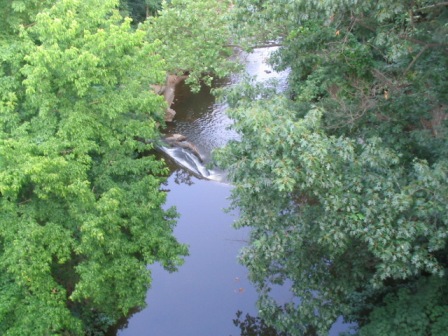 After that it’s up through Hampden. I like how the old and the new signage are juxtaposed here. And honestly, New System; how soon is soon? 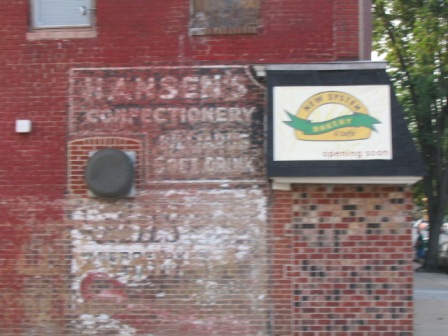 Here’s the thing: with Mamie’s going away, I’m glad this building has a new tenant and isn’t going the way of the empty storefront. That said, look at all the empty space! This building is screaming for a huuuuge sign. Maybe something painted and awesome. This one just comes up, well, short. (and bonus points to me for unintentionally getting a cool shot of an arabber.) 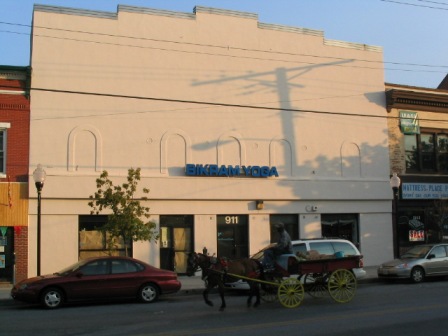 I just thought this was cool. Hampden Hall is getting a mega-renovation, and this artiste is painting a mural on the side. We need more cool stuff painted on the sides of buildings, if you ask me. 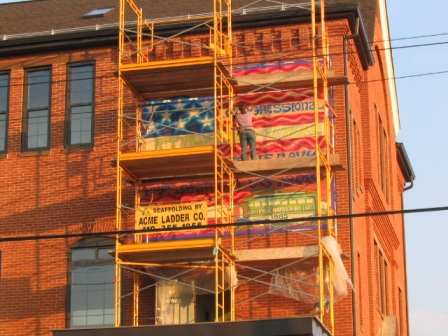 Almost home; walking down Union Avenue. In the old days there used to be a trolley line from Falls Road down to the mills. That must have been pretty sweet. Now there’s just the Hampden Shuttle Bug. 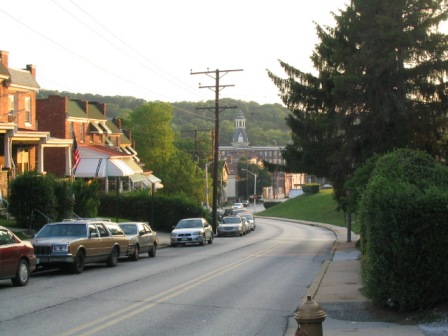 Mount Vernon Mill. My favorite of the Woodberry mills. Yes, I do have a favortie mill. No, I don’t think that’s odd. 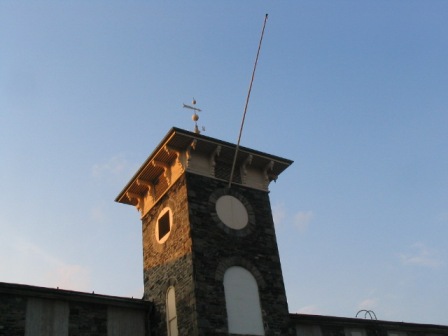 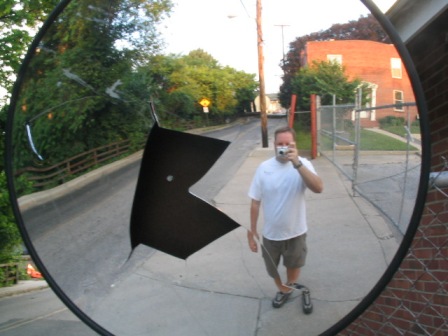 You thought you were getting off easy? Oh no, read and memorize. There will be a quiz. (Taken at the Woodberry Light Rail station.) 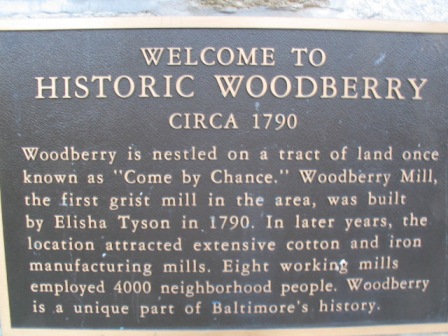 And finally, a my favorite picture taken today. I wish the MTA bus weren’t in the way, but what can you do? 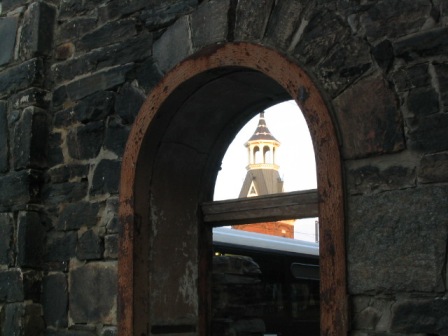 1 thought on “An Afternoon Walk…with Pics!”