I’m procrastinating, and not getting around to any of the things on my mental to-do list, which is how I find myself thinking about fireplaces. Or, more accurately, mantelpieces.

We have a ton of them here at the museum, and I mean that metaphorically and literally. There’s at one in almost every room. They’re all marble, they’re all eye-catching. On the second floor, in what originally would have been private space, they’re more geometrical and less ostentatious. But on the first floor… whoa nelly are they ornate. Rope motifs, acanthus leaves, cartouches, you name it. They’re showy, they were meant to impress people, and they still do a mighty good job of it.

Problem is, I know a lot less about them than I should. I know their style is typical of the Victorian period and I know similar designs can be found all over the place in other Italianate houses.The mantel in the Museum’s southeast parlor bears similarities to the mantel in the Lincoln Bedroom of the late 1800’s. 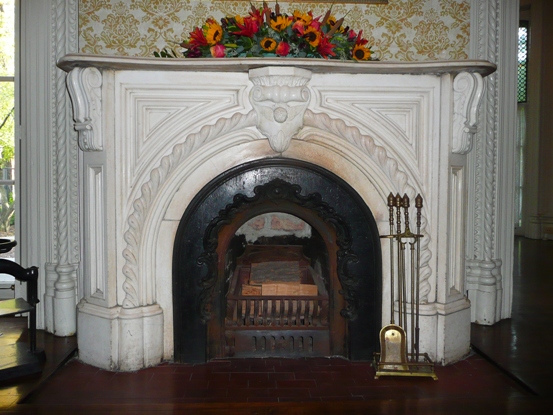 Hull House fireplace, 2009. I do not regret replacing that wallpaper. 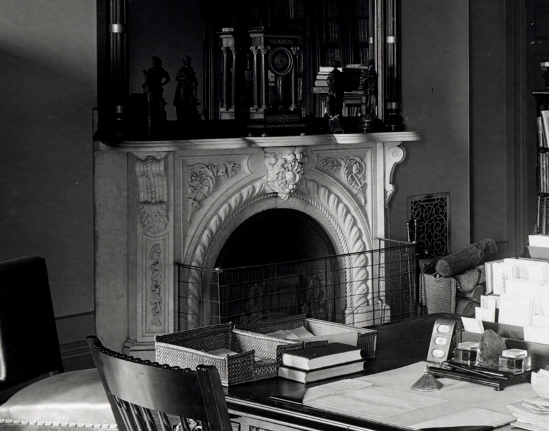 But I don’t know enough about them, and I feel like I should. What inspired the style? Where did the designs come from? Were they carved locally or shipped in from elsewhere in the country or the world? Two of our mantelpieces were obviously carved to the same design, but show enough differences that I suspect that two craftsmen at the same yard were given the plans and told to go to work.

There’s a great text called Architecture and Interior Design from the 19th Century by Harwood, May, and Sherman that gives some good background, but doesn’t get specific enough for my taste.

In any case, I need to find a good place to start looking, because I’m going to have to write about them later this year.

It’s stuff like this that can stress me out until I step back and realize what I’m doing and how cool it is. I’m a pretty lucky stiff. 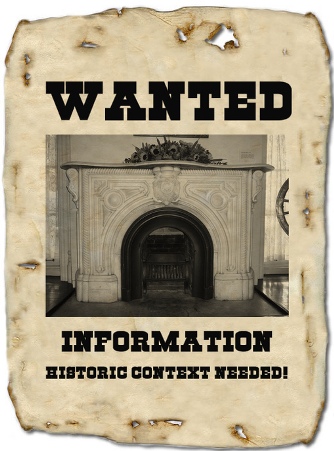